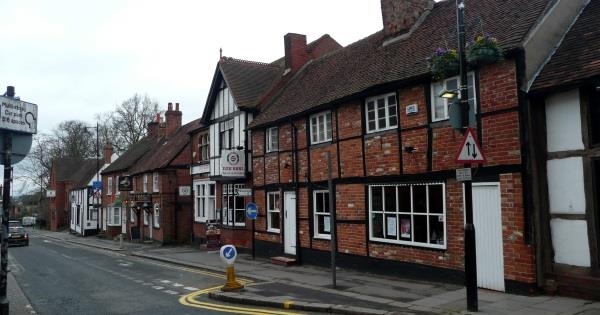 Wokingham in Buckinghamshire has knocked St Bees in Cumbria off the top spot as the best place to live in England and Wales, according to the latest Family Hotspots Report from Family Investments. The fifth edition of the annual report analyses all postcodes looking at 71 factors including education, safety, affordability and green spaces. Due to the way some data such as crime and education is reported, a detailed analysis is not available for Scotland and Northern Ireland.

Wokingham is a market town 33 miles west of Central London with a population of around 30,000. The area boasts excellent transport links and numerous public parks. According to Rightmove the average sale price for a terraced property was £309,790, while semi-detached properties fetched £361,881. The median annual salary being £27,362, with the area being popular with commuters due to its close proximity to London.

Winscombe is a village in North-East Somerset about 14 miles south-west of Bristol with an estimated population of 4,500. The village has two schools, a GP surgery and one pub called the Woodborough Inn. According to Rightmove the average sale price for a flat was £87,033, while semi-detached properties fetched £244,600.

Faringdon, meaning fern covered hill, is a market town approximately 18 miles south-west of Oxford with a population of around 7,000. In 2004 it became the first town in the South East to be granted Fairtrade status. Just a short stroll from central Faringdon are open fields and a network of footpaths including eight themed walks to nearby villages. According to Rightmove the average sale price for a semi-detached property was £235,636, while detached properties fetched £398,593.

Oakham is a town in the East Midlands around 28 miles south-east of Nottingham which has a population of approximately 10,000 people. According to Rightmove the average sale price for a terraced property was £177,410, while semi-detached properties fetched £177,716.

Lower Earley is a large residential area popular with families and commuters, with a population of around 30,000, two miles east of Reading. It boasts an Asda, Toby Carvery and various takeaways. According to Rightmove the average sale price for a terraced property was £252,678, while semi-detached properties fetched £307,300.