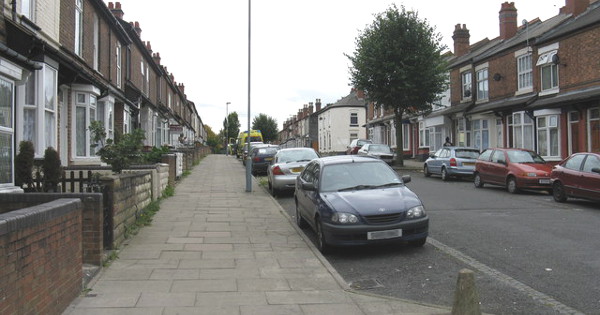 There's little chance you will have missed controversy surrounding Channel 4's, Benefits Street. Airing on a Monday night the show follows the lives of a number of people who live on James Turner Street, a deprived area of Birmingham.

Filmed over a twelve month period starting in early 2013, it is claimed that three quarters of residents of the street receive benefits.

The show has received much criticism for its portrayal of people on benefits. Residents have been vilified in the news as well as through social media where some have even gone so far as to issue death threats. Owen Jones, columnist for The Independent describes the show as “a medieval stocks updated for a modern format”.

Broadcasting watchdog Ofcom has received hundreds of complaints about the show regarding such topics as possible criminal behaviour, swearing and its offensive portrayal of benefits claimants. At the time of writing an online petition to have it cancelled has reached nearly 30,000 signatures.

Though the show has its detractors, some like Katie Hopkins, professional opionator on the blight of the chav class, has defended the show as "Britain at it's worst" but what does the Street Check report say about it?

One of the criticisms levelled at the show is that it focuses on people without jobs. Dame Anne Begg, the chairwoman of the House of Commons Work and Pensions Committee, said that the introduction to the show said it would portray life on a street where three-quarters of residents were on benefits, but then focused almost exclusively on people receiving unemployment benefits, despite it representing only a fraction of the overall benefits cost to the country. Looking at the statistics found on the Street Check report for the area it can be seen that roughly 13% of residents are likely to be on unemployment benefit. To focus almost entirely on people receiving this type of benefit as the show has done seems an injustice and misrepresentation.

To concentrate on the unemployed, when less than 3% of the benefits budget goes to people who are unemployed, and even within that on a very narrow type of person - the one who was the petty criminal... The title of the programme, I think was wrong. There was a misrepresentation there.

There will therefore be residents who are working and claiming benefits such as working family tax credits. With the minimum wage set at £6.31 (for those over 21) leaving an after tax salary of £973 a month and a three bedroom property in the area currently on the market at £575 pcm it's no wonder residents are claiming benefits to increase their income. While some, like Katie Hopkins, may say that they should get better jobs 28% of people interviewed did not even have GCSE so opportunities are more limited. Lack of decent qualifications are more often down to complex social and economic factors rather than pure laziness.

Often people on lower incomes find that it doesn't actually pay to work full time but rather do part time hours and make up the difference in benefits, perhaps reflected by the report that this address had a larger than average concentration of residents that were in part-time employment - 19% of the resident population. On average, around 13.7% of census respondents were in part-time employment.

It is difficult to draw conclusions in this short blog around the issues surrounding unemployment and benefits - indeed, it would take years to study even partly. What can be said is perhaps we shouldn't be too hasty to judge them all to be benefit scroungers without having the facts, rather than sensationalising the issue on television.